Get the iron in to get the lead out!

Fatigue has been an ongoing challenge during my training journey.  I've been ramping up my total weekly kilometers more agressively than recommended, and it has left me feeling like the tank is low more days than not.


I am lucky to have the world's greatest physiotherapist helping me in my training journey.  She is a sub-3:00 marathoner, and brings more to the table than the average physiotherapist.  She knows running...and knows runners.  I see her once ever week or two so that she can work on my problematic Illiotibial Band .  As I lay on the physio table - writhing in the most pain I expect I'll ever experience outside of childbirth - I tell her about my running concerns. 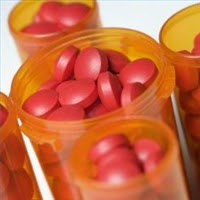 When I told my PT about my fatigue, she provided two pieces of advice.  The first was to put my current state of affairs into perspective.  I'm running more and that means my body is going to need more sleep.  The second was to have my feratin levels checked as the endurance athlete's body will use more iron than a sedentary person, and my daily iron supplement may not be doing it for me.
Sometimes I forget that the heavy mileage takes a heavy toll on my body.  As I increase the miles, my body becomes a veritable "sponge" - soaking up more and more energy and nutrition, and leaving me with energy and nutritional deficits.  These deficits can leave a runner in an emotional and physical lurch resulting in low moods and injuries that can plague both personal and professional life.  The key is to figure out how to fine tune one's sleep and nutrition to suit the stage of training the runner is in.

Wednesday was "hill play" day for me.  I had 200 meter hill sprints on deck, and I knew after the very first hill sprint that my iron levels were in need of a boost.  When I got home from a disasterous set of hill sprints, I immediately took a second dose of iron.  That night I had one of the most restless sleeps ever in recent months.  The extra iron gave me restless legs and a busy mind which barely let me sink into REM sleep for more than a few hours.

The good news is: my 15 km run the next day was fabulous!!  I felt like I was flying and finished the run strong and happy.

The lesson I learned: yes, my single iron supplement may not always be doing it for me.  Getting iron in will definitely help runners get the lead out and pull off more powerful runs. Female runners especially need to be cognisent of how their feeling - fatigue could be more than just a lack of pillow time.  However, doubling your iron intake may not be a smart strategy.  Doubling my iron intake put me into an iron surplus that impacted my sleep.  I plan to purchase an iron supplement that's less potent than my usual iron supplement so that I can increase my iron in smaller increments - allowing me to achieve that "fine tuning" required for optimal performance.
Posted by Jessica at 5:08 PM No comments:

Chasing the dream - 8 weeks till Boston

Nearly a year ago, I achieved two big goals: one being the completion of my first marathon, and the second being the dream and goal of so many runners: to qualify for the Boston Marathon.
Any endurance athlete will tell you that your greatest ally and most dangerous enemy is your own mind.  The key to running long is a combination of a strong body, a focused mind and a burning desire to want to achieve the goal - a desire that must burn brighter than the fear and pain that comes with pushing your body further and further...and further.  I don't think I've ever wanted anything more in my life than to run the Boston Marathon.  Boston is the fire that burns brighter than all of my doubts and struggles to balance my professional life, my personal life and my running life.

Long run days happen once a week, and they can be a real emotional roller coaster ride.  I've been struggling with Iliotibial Band Syndrome since September of last year, and the persistence of tendon pain resulted in a delayed start to my marathon training for Boston.  If it weren't for Boston, I likely wouldn't have started increasing distance at all as pushing a stressed IT Band is a dangerous game.  If a runner pushes a strained IT band too hard, the risk could result in the runner being plunged right back into the depths of IT Band Syndrome once again with weeks more rest and no long runs for weeks - even months.  For the last seven weeks, I've pushed my body hard to make up for lost time, and to get back on track to completing a strong marathon in Boston.  It's been a tough time - full or physical pain and mental struggle.

Today brings me to the "8 week to go" mark in my training.  8 weeks to go means 6 more weeks of heavy training and then the even MORE emotional roller coaster that comes with the two week taper.  I had a really strong run today that left me feeling more positive than ever about my Boston Marathon.  However, the exertion of laying down a great training run has left me emotionally spent - as it often does.

If only it were as easy to apply the dedication and discipline I have for running to other parts of my life.  Some people see running as a hard thing to do....I see it as the easiest part of my week.  For that, I feel both happy and sad.  Regardless, I'll keep putting one foot in front of the other and keep chasing the dream.

Posted by Jessica at 3:33 PM No comments: